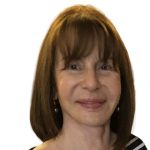 We don’t usually think of European Jews in Italy, but  Jewish history in Italy dates back more than 2,000 years, according to Andrea Grover, an adjunct professor of humanities at NYU’s School of Continuing and Professional Studies. Andrea, who teaches courses on Italian Cultural History and Italian Jewish History, will give a wonderful program for our Section on Wednesday, October 6, via Zoom, titled “Jewish Italy from Sicily to Piedmont.” This program is being coordinated by our Programming Committee, headed by Debbie Schwartz

Here are a few little-known facts about the Jewish presence on the Italian peninsula:

Preregistration is requested for this free session. Email debra910@aol.com to sign up.