A Ritchie Boy: Author to Spotlight Amazing Story, Based on Her Father’s Experience 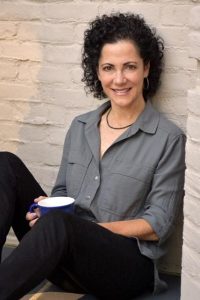 Linda Kass, author of A Ritchie Boy, a moving and memorable novel in stories—inspired by her own father’s life—will give a fascinating presentation for our Section about her book on Tuesday, April 26, at 7 p.m., via Zoom. In her talk, titled “A Ritchie Boy: One Young (Jewish) Immigrant’s Journey to America . . . and Back to Europe to Help Us Win World War II,” Linda will share the little-known story of the Ritchie Boys, many of them Jewish German-speaking immigrants, who worked in US Army Intelligence and helped the Allies win the Second World War.

The program is part of the “Unlikely Jewish Heroes” series being presented this spring by our Programming Committee, under the leadership of Debbie Schwartz. Space is limited, so please register early.

A Ritchie Boy traces the life of the fictional character, Eli Stoff. From facing down anti-Semitism by his Austrian classmates in 1938 to his family’s lucky escape from Europe; from arriving and assimilating in America to joining the Allied war effort; from the heartbreak of leaving family behind in Austria to putting down roots in the Midwest, this is the story of a boy becoming a man, and of Eli’s journey from one homeland to another. In A Ritchie Boy, Linda crafts an achingly powerful, beautifully wrought novel about war, survival, immigration, and hope—especially timely in light of the war in Ukraine. 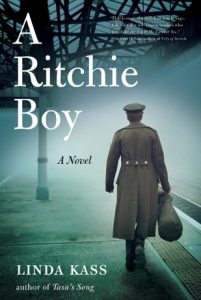 In talking about A Ritchie Boy, Linda says, “I will walk the audience through my fictional character’s journey of ‘becoming and belonging’ in America—quickly taking them through the decade of this young man’s life, from Vienna to Camp Ritchie to the theater of war and back.” She will include some brief readings from the book to do so. “I will also talk about why I told this story in fiction, discuss the structure of the book as a ‘novel in stories,’ and focus on the writing of historical fiction and the research necessary to create authenticity for the time period and setting.” In addition, she will offer some personal information about why she wrote this book.

Everyone is urged to read the book before Linda’s talk.

Linda began her career as a journalist. Her work has previously appeared in TIME, the Detroit Free Press, Columbus Monthly, The MacGuffin, Jewish Literary Journal and Kenyon Review. A longtime civic leader in Columbus, Ohio, Linda is the founder and owner of Gramercy Books, an independent bookstore in central Ohio.

Preregistration is required for this intriguing presentation. To preregister and to receive the Zoom link, email debra910@aol.com.