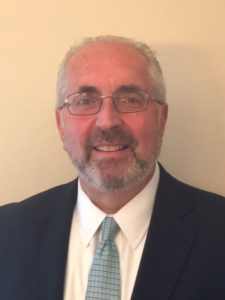 Cantor Fine’s Nov. 12 session, titled “Hatikvah and the Zionist Spirit,” explored the fascinating saga behind the creation of Israel’s National Anthem, “Hatikvah (The Hope),” analyzing the original poem by Naftali Imber, Hatikvah’s oft-disputed musical roots, and its role in the birth of the Zionist state. (If you’re familiar with 19th-century Czech composer Bedrich Smetana’s composition “Ma Vlast (My Homeland)” and its Moldau movement—reflecting a cruise on the Moldau River in Czechoslovakia and that country’s HOPEs for independent statehood—does any section of that piece sound familiar to you?)

examined the meteoric rise of music of the Mizrachi Jews—Jews whose families emigrated to Israel from Arab lands. As a reflection of their culture, this music is both passionate and captivating. Cantor Fine shared examples of this genre, featuring leading Mizrachi singers and composers, past and present, and also discussed the widespread influence of this music on Israeli popular culture today.

Cantor Fine has been singing Jewish music ever since his days as a boy soprano soloist with Hazzan Hillel Lipsicas’s High Holiday choir in his hometown of Baltimore. A graduate of the University of Michigan and the Jewish Theological Seminary, his recordings include settings of the Yom Kippur Service for the Milken Archive Series of Jewish Music and music for the Friday Night Live Service.

The link for the Zoom sessions was provided by email closer to the program dates. RSVPs for the sessions were requested to Ilene Dorf Manahan at iadpr@aol.com.