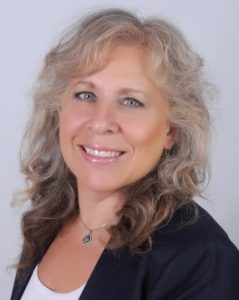 Recently, well-known celebrities and politicians have made headlines for their scandalous cyber activities. US Congressman Anthony Weiner used Twitter to send sexually suggestive pictures of himself to adult women and underage girls, Jerry Harris, star of the Netflix docuseries Cheer solicited child pornography from underage boys through Snapchat, and Congresswoman Katie Hill stepped down after serving only five months when nude photos of her were distributed both online and by a tabloid without her knowledge or consent.

Although it is typically famous people who end up in the news, ordinary citizens can also find themselves in serious legal trouble for their inappropriate online behaviors. Sexting and cyberbullying, in particular, are growing problems that can have dangerous ramifications, especially for teens and tweens.

Sexting—sending, receiving, or forwarding sexually explicit material over cell phones, computers, or digital devices—has become extremely prevalent nationwide. In a survey conducted by researchers at Drexel University, over 80 percent of respondents from age 18 to 82 admitted to sexting in the prior year, with 88 percent reporting that they sexted at least once in their lives. Over half of teenagers say they have engaged in sexting, and this high sexting rate continues into the 18–26 age bracket. Sexting is also common among the over-50 demographic.

The problem is, even though sexting has seeped into our culture, our laws have not sufficiently adapted to the changing realities of this behavior. Laws dealing with sexting are typically outdated, nonexistent, or disproportionate to the alleged acts, treating adolescents like criminals. Most teens and adults do not realize that sexting images of anyone underage, even with consent, is considered a sex crime that can be prosecuted under child pornography laws.

Teenagers at Risk of Legal Trouble

In New Jersey, it is illegal to create, possess, view, distribute, share, receive, photograph, or allow a person under the age of 18 to engage in sexually explicit conduct. Almost anything of a sexual nature can fall under the purview of this statute, with no exception for teens.

The result is that the State’s child pornography laws that are intended to apply to adults who sexually exploit children can ensnare unknowing teenagers who sext. Under the law, teens who take and share sexually explicit images of themselves are considered to be producing, distributing, and/or possessing child pornography, crimes that carry serious penalties, such as registering as a sex offender, fines, probation, and imprisonment.

Cyberbullying affects people of all ages and has the potential to be far worse than traditional face-to-face bullying because it can reach wider audiences and create a permanent public record. Also, its adverse impact can last much longer and be extraordinarily damaging to those who experience it, which has led to a number of teenage suicides.

In summary, with technological progress outpacing our laws, we need to be more proactive in protecting the legal and due process rights of our citizens, especially our children. More emphasis needs to be placed on educating our youth to be responsible technology users with a focus on the potential legal, emotional, and social consequences of their actions before they get into trouble.

Note: Felicia, an attorney and the author of a new novel titled Ice Queen, was the special guest speaker for the thank-you brunch for donors to our Personal Giving campaign, coordinated by Dorothy Cohen and Anne Gorman.