‘Ethical Lessons from Fiddler on the Roof’ 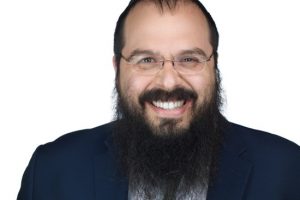 Rabbi Shalom Lubin, spiritual leader of Chabad of Southeast Morris County, delved into “Ethical Lessons from Fiddler on the Roof” as part of the Our Jewish World Clergy Learning Series at the Morris County Library, 30 E. Hanover Ave., in Whippany. His series, which was free and open to the public, took place at noon on Mondays, Dec. 2 and 9, and at 12:45 p.m. on Thursday, Dec. 19. Our Jewish World is coordinated by Ilene Dorf Manahan and Melanie Levitan.

Rabbi Lubin noted that “This course will highlight modern-day moral and ethical dilemmas, based on the timeless classic Fiddler on the Roof, including persecution, immigration, and tolerating tradition. Among these dilemmas are:

Said Rabbi Lubin, “I’m very excited to be teaching this new course, and look forward to exploring the real-life moral dilemmas that can be found in the storyline of Fiddler on the Roof.”

The seminar leader is the founder of the New Jersey Jewish Law Symposium, an annual event highlighting the synthesis and integration of the Talmud, the Jewish legal system, and US civil law. Born and raised in Chicago, Rabbi Lubin began his relationship with the Jewish community in New Jersey in 1996 while he was studying at the Rabbinical College of America in Morristown. Before settling in New Jersey, his rabbinic training took him around the world, including to Sydney, Australia; Bellevue, Washington; and Minsk, Belarus.