Free Seminar via Zoom to Explore ‘Judaism and Our Emotions’

Did you know that Judaism has something to say about anger, compassion, patience, impatience and love?!

Rabbi Mark Biller led a fascinating two-part series, exploring ancient, medieval and modern Jewish texts that focus on Judaism’s view of emotions. The series was held at 1 p.m. on Thursdays, March 3 and 10, via Zoom. 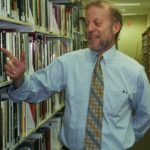 The series, titled “Judaism and Our Emotions,” was coordinated by Our Jewish World, co-chaired by Ilene Dorf Manahan and Melanie Levitan, both of Morristown. The program was free and open to the public.

Says the rabbi, “These texts will teach us how to know when to be quiet and when to muster the courage to speak; how to have compassion for those with whom we disagree, how to deal with our patience and our impatience, and much more.”

According to Rabbi Biller, “It’s all there in our Jewish heritage, even though it’s just never really been a big part of Hebrew school curriculum or synagogue sermon material.” This presentation gave viewers the opportunity to join the rabbi for this eye-opening mix of text study, discussion and reflection.

Rabbi Biller specializes in the art of storytelling, and counseling Jews of all ritual levels looking to find meaning in both modern life and rich Jewish traditions. The spiritual leader of synagogues in his native Canada, as well as in Alabama, New York and New Jersey, the rabbi received rabbinic ordination from the Jewish Theological Seminary. He also studied BiblioDrama with Peter Pitzele at the Union Theological Seminary, and completed a two-year Spiritual Direction course at Elat Chayyim, designed to help participants teach others how to identify and follow their own spiritual paths.