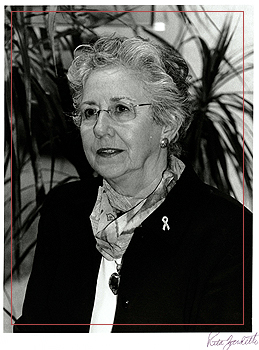 Maud Dahme, a hidden child of the Holocaust and a champion of human rights around the world, told her story of triumphing over the anti-Semitism of Nazi Germany at the NCJW Diversity Contest Awards Ceremony at Morris Knolls High School in Rockaway.

Born in Holland in 1936, the speaker told the honorees that after the Nazis invaded the Netherlands and took control in 1940, military bases were established all around her town. “Gradually, life for the Jewish community became more and more restricted,” she recalled. “We were forced to wear a yellow star, with the word ‘Jood’ (Dutch for ‘Jew’) on it in black letters. We weren’t allowed to go to parks or restaurants or movies.”

When her family was warned about upcoming arrests of Jews by the Nazis, who had began deporting Jews to concentration camps in 1942, Maud was sent into hiding at age six. She and her four-year-old sister Rita were separated from their parents, who were helped by Righteous Rescuers in another town. “My parents told us we were ‘going on vacation,’ so at first we were very excited,” she notes. “Then someone came to our house at 3 a.m. and told us we were ‘leaving right now.’” 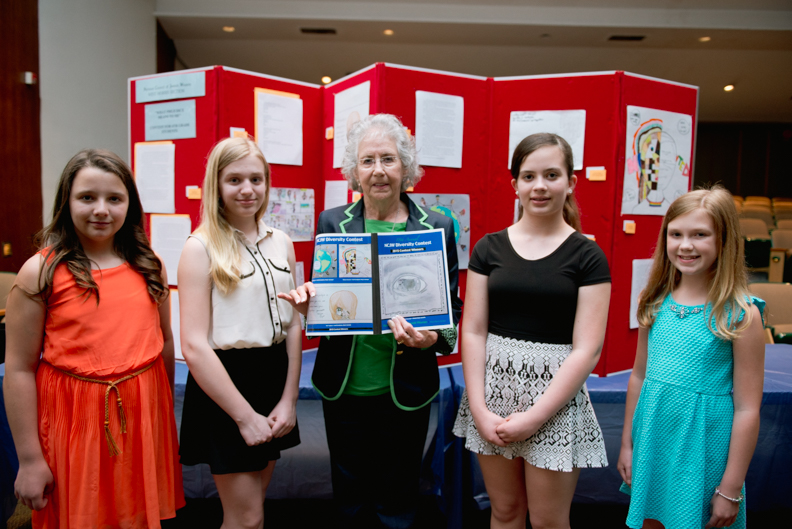 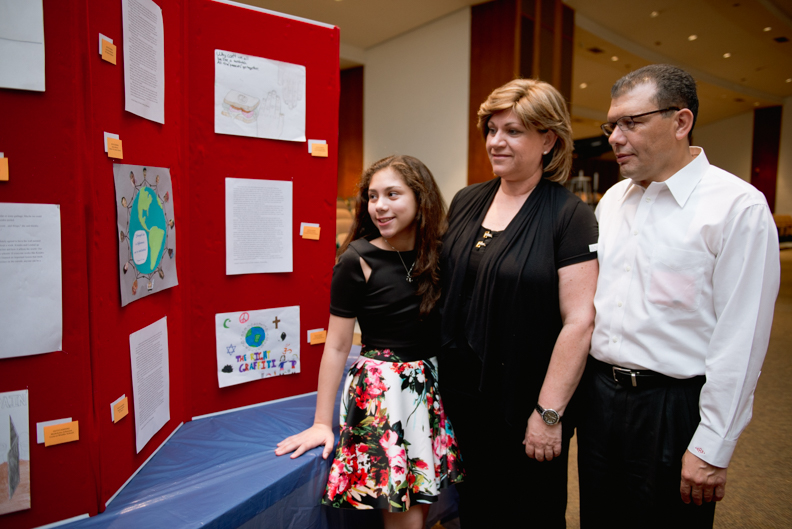 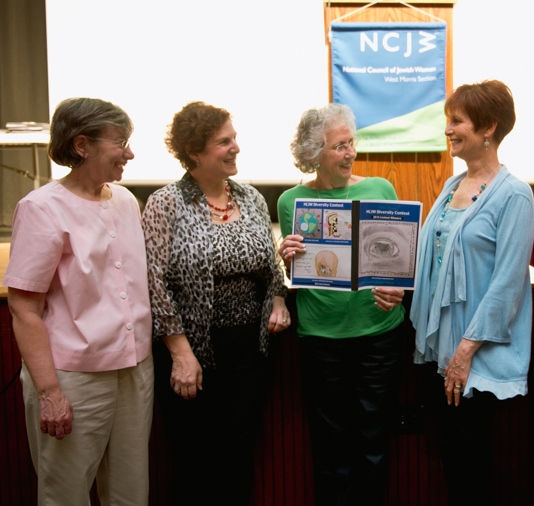 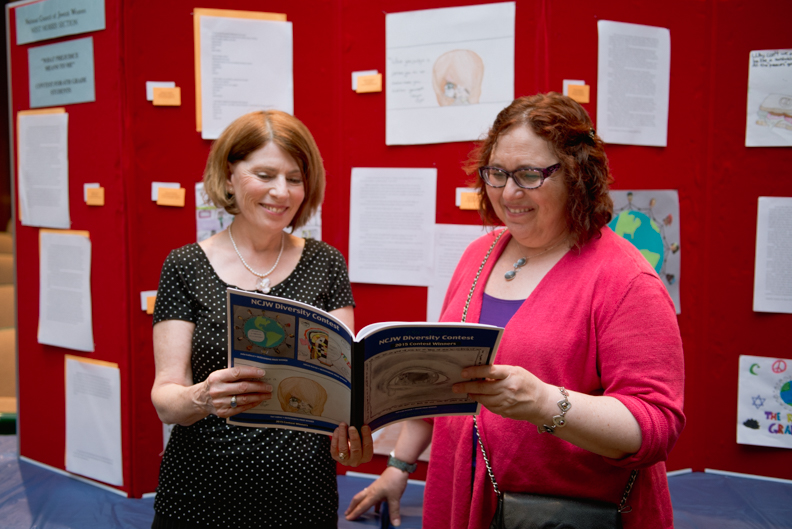 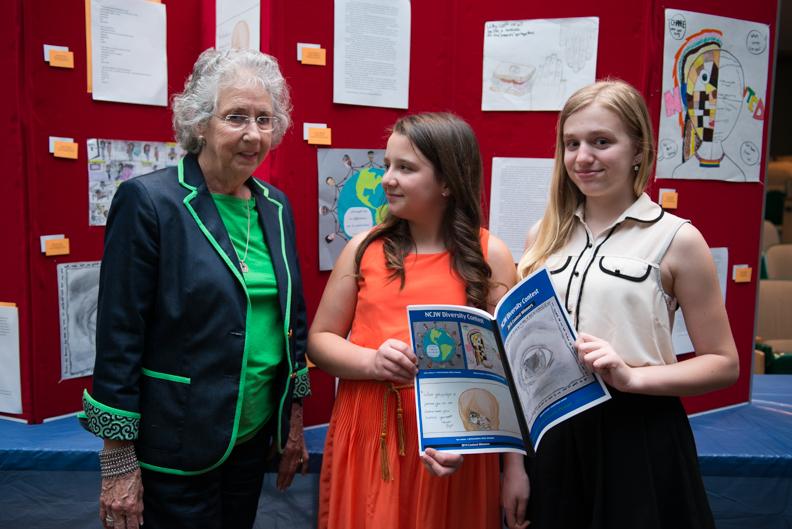 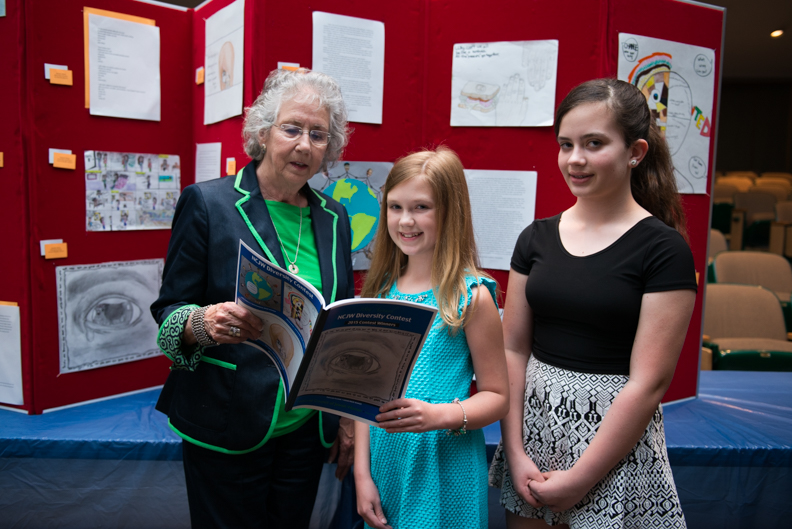 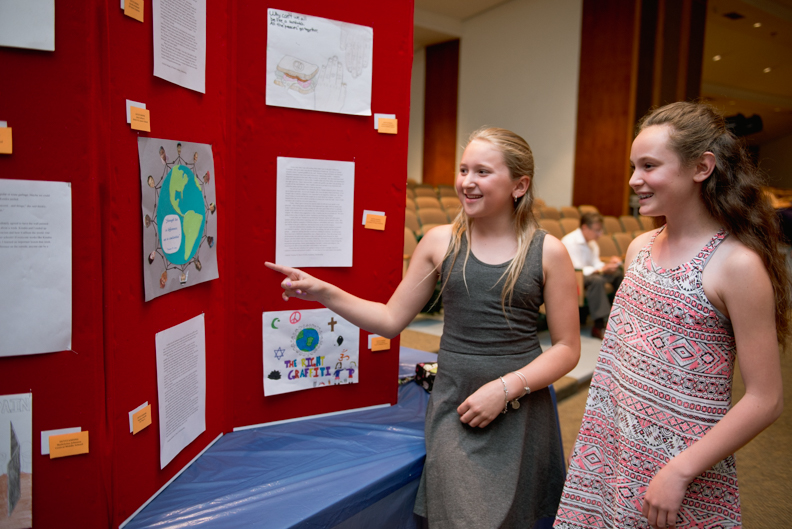 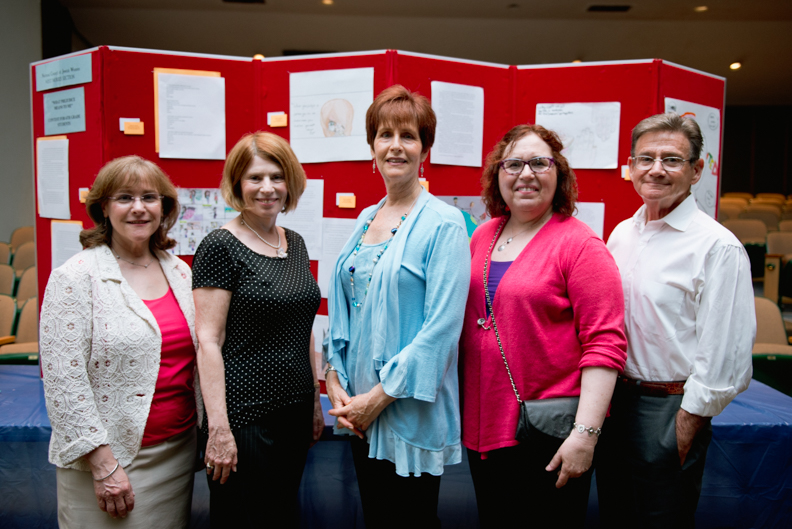 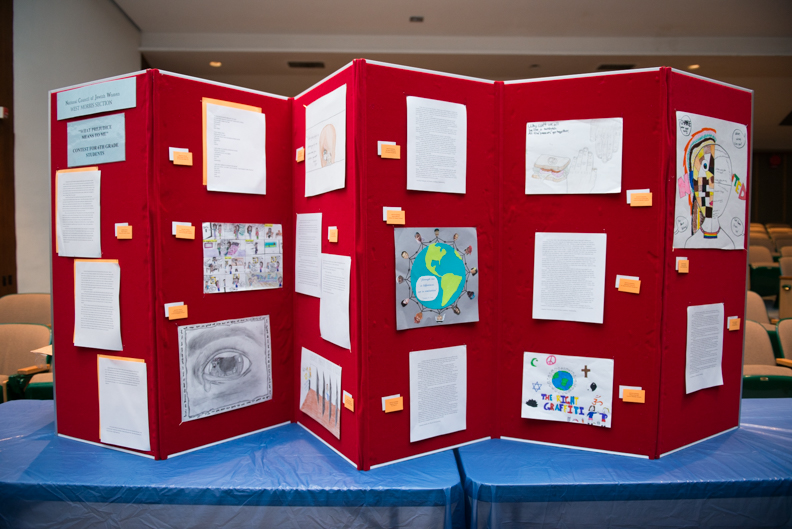 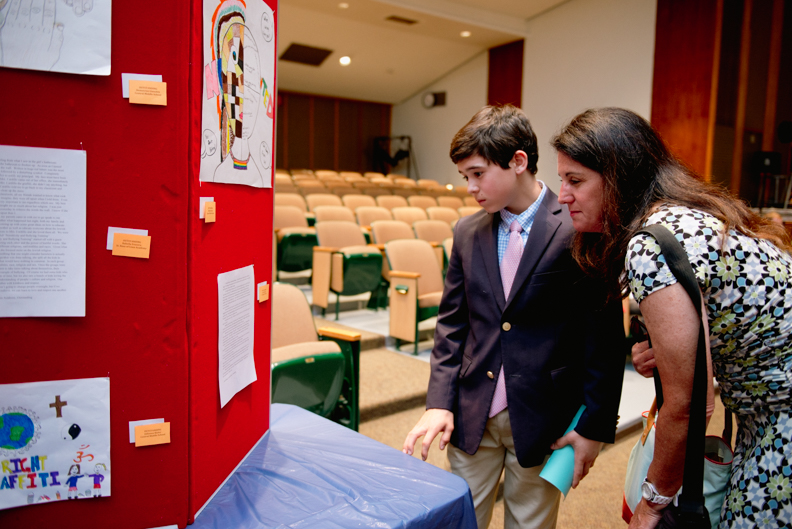 Once she and her sister were placed with a farm family they did not know, they had to answer to different names and they could never reveal that they were Jewish, even though they had come from an Orthodox Jewish family. “It was very scary and hard for us to understand. But if we had ever revealed our religion, that would have put the family who was sheltering us in tremendous danger,” she said. “They risked their lives for us.”

Altogether, she and her sister spent three years in hiding. They were shuttled to another family when word reached the farm where they were living that someone in the neighborhood had told the Nazis that Jewish children were living there. “There was a price on our heads,” she said. “But we survived because people cared.” She urged members of the audience to stand up for what was right to make a difference in the world, as those who sheltered her family did during the dark days of World War II.

After the war, the family was reunited, but Maud did not even recognize her parents. The postwar years were very painful for her family, because they learned that all their relatives had perished in the Holocaust.

The family came to the United States in 1950 to rebuild their lives. While Maud graduated from high school with her peers, college was out of the question because of lack of money.

As an adult, Dahme rarely spoke about her experiences during the war. However, in the 1970s she was watching the TV program “60 Minutes.” At the end of the program, there was always a segment where letters from viewers were read. One of those letters was from a viewer claiming that a “60 Minutes” story about the Holocaust, aired the week before, was “not true” because the Holocaust “didn’t happen.” To her amazement, the letter was signed by someone she knew. That prompted her to start speaking out about how the Holocaust had affected her.

In the years since then, Dahme has become a strong advocate for education and Holocaust education in particular. She has served for the last 24 years on her local school board and is a member of the New Jersey State Board of Education, for which she has served as vice president and president. As a survivor of the Holocaust, she has dedicated her life to ensuring that today’s children have a quality public education, something she was denied during the war years.

An active member of the New Jersey Commission on Holocaust Education, Dahme visits many schools to teach young people what happens to citizens when their countries strip them of their civil rights. When the Commission sponsors summer teacher seminars on the Holocaust and genocide, with visits to concentration camp sites, Dahme accompanies the educators on their learning trips. She shares her experiences as a young child in hiding and calls attention to the courageous actions of her rescuers.

Dahme is a member of the New Jersey Hall of Fame. She was nominated for this honor by a seventh-grade student from Glassboro who heard about her struggles as a youngster and her determination to see that horrors like the Holocaust never happened again.

The New Jersey State Board of Education has established the Maud Dahme Award in her honor. This award goes to an individual who has demonstrated the moral courage and sense of humanity of an upstander in defending others.

Our sixth-grade diversity contest was open to students in Morris County public, private and parochial schools. The contest is designed to complement class lessons on reducing prejudice and gaining an appreciation of social diversity. Students’ original entries were submitted either in written form—including poetry, essays, short plays, short stories, or library research—or as works of art, such as drawings, paintings or photographs. Entries were judged on originality, clarity, development of theme, and emotional content. Topics addressed in the contest entries were prejudices based on age, disability, ethnicity, family lifestyle, gender, health problems, the Holocaust, physical appearance, race and religion.