Music to Heal in the Coda of Life 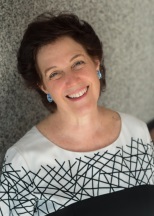 Cantor Erica (aka Riki) Lippitz, cantor emerita of Oheb Shalom Congregation in South Orange, is known for her devotion to creating caring communities with spirited music at their core. Now, as an extension of her spiritual activities, she teaches the basic elements of ”Music and Memory” to interested adults in communities everywhere. The goal of Music and Memory is to make the therapeutic use of “personalized music” a standard of care throughout the health care industry. On Thursday, March 31, at 1 p.m., Cantor Lippitz gave an hour-long presentation and conversation via Zoom as part of the NCJW, West Morris Clergy Series. Her topic was “Music to Heal in the Coda of Life”—a coda being a conclusion to a piece of music.

Combining her passions for music and people, and certified by the Music and Memory Foundation, Cantor Lippitz has been studying and applying ways in which music can help those with Alzheimer’s disease and other memory disorders and challenges.

Following a brief introduction on the science of the brain and the amygdala (the part of the brain where memories are stored), Cantor Lippitz discussed dementia and Alzheimer’s, and people’s response to music versus speech; how song can be used to encourage an individual to converse; connecting with an individual through music; how music can be used to create a positive reality for an individual on medications, and even potentially awaken a person who is believed to be in a coma; and the “sacredness and potential of every moment we are alive.”

“Music is a source of comfort, affirmation, peace and joy,” Cantor Lippitz emphasizes. “We can each be a channel to bring music into a silent room and use music to awaken consciousness in a family member or friend.”

Cantor Lippitz served as Hazzan of Oheb Shalom from 1987 to 2021. She is recognized for her skill and joy in weaving together the tropes of traditional prayer with the innovative sounds of American Jewish music to bring “the common language of song” to all who have attended services at which she has officiated, concerts she has conducted, or her personal performances.

Co-founder of the Kol Dodi Chorale of Greater MetroWest, Cantor Lippitz also directed Oheb Shalom’s adult and children’s choirs. As a member of the Beged Kefet folk-singing group, she recorded three albums that raised thousands of dollars for tzedakah.

Cantor Lippitz was honored by the Cantors Assembly with the Yehuda Mandel Humanitarian Award (2013), the Hazzan Moshe Nathanson Award for Conducting (2018), and the Yuval Award (2018).

Cantor Lippitz’s program was open to the community. There was no charge for attending, but contributions were welcome, and pre-registration—with name, email address, hometown and phone number—was requested by emailing Ilene Dorf Manahan (iadpr@aol.com), co-chair of the NCJW, West Morris Clergy Series with Melanie Levitan. The Zoom link was provided before the Cantor’s talk.