Paid-up Membership: Nov. 14 – ‘Stories of Survival: A Conversation about the Holocaust, Heroes, and Hope’ 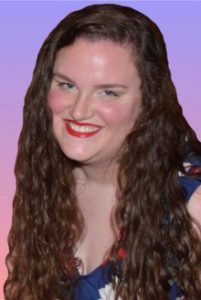 Becca Gallick-Mitchell, a third-generation Holocaust educator, recipe developer/blogger, and the founder of the InstaGrandma’s Kitchen website, was the special guest speaker for our Paid-Up Membership meeting via Zoom. Her presentation, “Stories of Survival: A Conversation about the Holocaust, Heroes, and Hope,” was held at 10 a.m. on Sunday, Nov. 14 and was open to all paid-up members at no charge. Annual membership is $40; a three-year membership is $108.

Becca is the proud and inspired granddaughter of Holocaust survivors, Mala Dorfman (nee Weintraub) and Henry Dorfman. Becca’s compelling and original program centered on the emotional and evocative retelling of her grandparents’ stories of love, life, and survival, as well as the impact that their stories have had on her as an educator, cook, and human being. Through her “Stories of Survival,” Becca took us on an unforgettable journey that teaches, enlightens, and nurtures our humanity.

In addition to her inspiring conversational lectures, Becca hosts cooking classes that share her family recipes that survived the Shoah and provides step-by-step cooking demonstrations while sharing her family’s stories. Reaching out to Holocaust museums all over the world, Becca is collecting digital copies of recipes written by Jewish prisoners who perished in the camps. Her goal is to translate these recipes from Yiddish and other languages (or, in many cases, a combination thereof) into English, so that the flavors, smells, and legacy of the lost souls can finally come back to life in kitchens across the world.