Insights into the Islamic State, also known as ISIS, and the politics of the contemporary Middle East abounded in Rabbi Steven Bayar’s wide-ranging Our Jewish World series, titled “Spotlight on ISIS: What It Is, Why and How it Developed, What’s Ahead.”

Our Jewish World is coordinated by Melanie Levitan and Ellen Nesson.

Among the key points Rabbi Bayar made regarding ISIS, Saudi Arabia, Israel, and the US role in the region were the following: 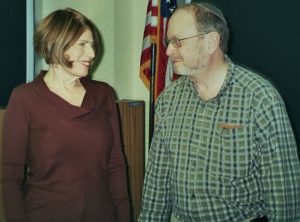