Rabbi Mark Biller to Spotlight: ‘Our Fabulous Contributions: How Jews Have Changed the World’ 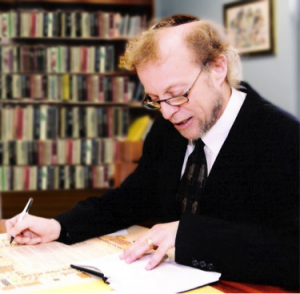 Rabbi Mark Biller, spiritual leader of Gates of Prayer (Shaarei Tefillah) synagogue in Queens, explored “Our Fabulous Contributions: How Jews Have Changed the World,” in a three-part series at the Morris County Library, 30 E. Hanover Ave., in Whippany. The series, which was free and open to the public, took place at 12:30 p.m. on Tuesdays, April 24, May 1, and May 8. Melanie Levitan is the coordinator of Our Jewish World, which presented the rabbi series.

Noting that Jews comprise less than 1 percent of the globe’s population, Rabbi Biller adds, “We speak a different language, have a different script, have been exiled or ghettoized for centuries, all the while stubbornly standing up against authoritarian regimes. And yet, our small wandering tribe has laid the basis for revolutionary concepts, including protection and radical care for the vulnerable, and concretized a once-inconceivable notion—that all humans are individuals with innate, inalienable rights.”

He pointed out, “In this course we will examine major ideas we Jews have brought to the world. Some are now so widely taken for granted that we forget we brought them into society. We will look at original texts and then see the broad sweep and cumulative effect of the discrete concepts we will examine. Come, be amazed, be proud.”