Rabbi Steven Bayar, spiritual leader of Congregation B’nai Israel in Millburn, offered an insightful look at ISIS in a free series of talks on Tuesday, Dec. 6; Monday, Dec. 12; and Tuesday, Dec. 20, at 12:30 p.m., at the Morris County Library, 30 E. Hanover Ave., in Whippany. His series was titled “Spotlight on ISIS: What It Is, Why and How it Developed, What’s Ahead.” 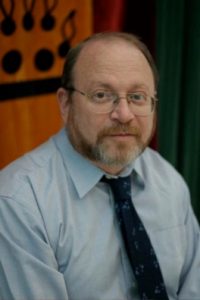 The gatherings were coordinated by Our Jewish World, under the direction of Melanie Levitan and Ellen Nesson.

* A brief history of the Middle East, or geopolitics gone wrong;

* An overview of Islam, looking at what unites Islam and what divides it; and

* Why and how ISIS came about.

Rabbi Bayar said, “One of the major problems we have in formulating a response to ISIS, called the ‘caliphate’ by some, is our lack of knowledge concerning Islam. This ignorance creates irrational hatreds where none need exist. It also demonizes a population that is itself demonized by ISIS: Muslims.”

Rabbi Bayar, who was ordained at the Reconstructionist Rabbinical College, served in congregations in Maryland and New York state before coming to Congregation B’nai Israel in 1989. He is the author of “Teens & Trust: Building Bridges in Jewish Education,” with Francine Hirschman (Torah Aura), and “And You Shall Teach Them Diligently to Your Children: Transmitting Jewish Values from Generation to Generation,” with Naomi Eisenberger (Town House Press). He currently serves as chair of the Rabbinic Advisory Committee of Golda Och Academy and as president of the Millburn Clergy Association, and he is a chaplain for the Millburn Police Department.