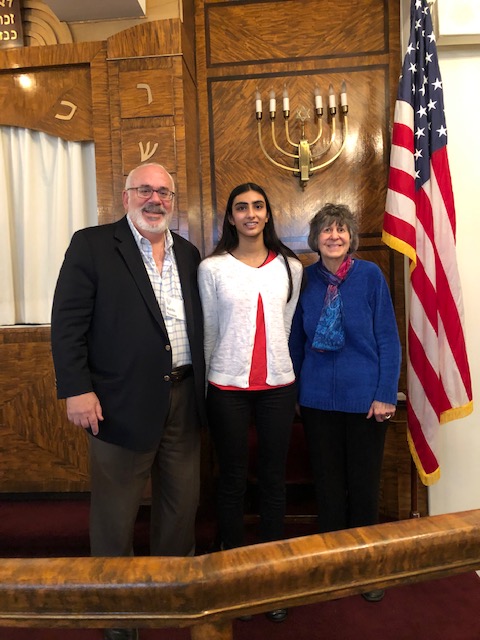 National Council of Jewish Women (NCJW), West Morris Section, and Morristown Jewish Center–Beit Yisrael (MJCBY) recently co-sponsored a talk, titled “The Romani People: Europe’s Ancient South Asian Transplants,” presented at MJCBY. The talk was given by Morristown High School 11th-grader Sheetal Bangalore. Originally of Indian descent, the Romani migrated to the European continent. Bangalore’s talk focused on the Romani culture, language, and religious practices, and also the stereotyping and persecution of the Romani and the similarities in culture and history to the Jewish people. After watching a moving documentary about the Romani people (popularly known as “Gypsies”) a few years ago, the speaker became immensely interested in their rich culture, fascinating language and difficult history. Since then she has done extensive research into this ethnic minority, and is now on a campaign to share her knowledge and insights.